In August, industrial designer Georg Gedl worked with the development department of Plastoform on redesigning the modules for the conceptual rear wall for a motorhome.

Georg Gedl had to redesign the modular elements made from thermoformed ABS. The new rear wall has new modular lights Shapaline, manufactured by the German Hella factory, which comply to all prescribed norms. The redesigned rear wall (first introduced last year at the caravan salon in Düsseldorf) was presented at the Plastoform showroom in Düsseldorf, which officially started on August 26th and will last until September 3rd. In addition to the rear wall, the showroom offers some other ideas for lights layout in the modular element. On these conceptual elements, the lights are drawn on a computer (CorelDraw) and made in our company Ged Design. 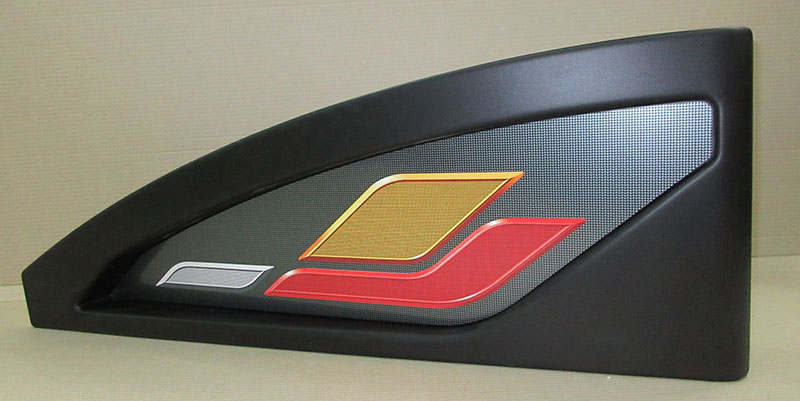 Photographs were taken at the exhibition setup in Düsseldorf.

Exhibition on the 70th anniversary of Ferrari in Qlandija Novo mesto